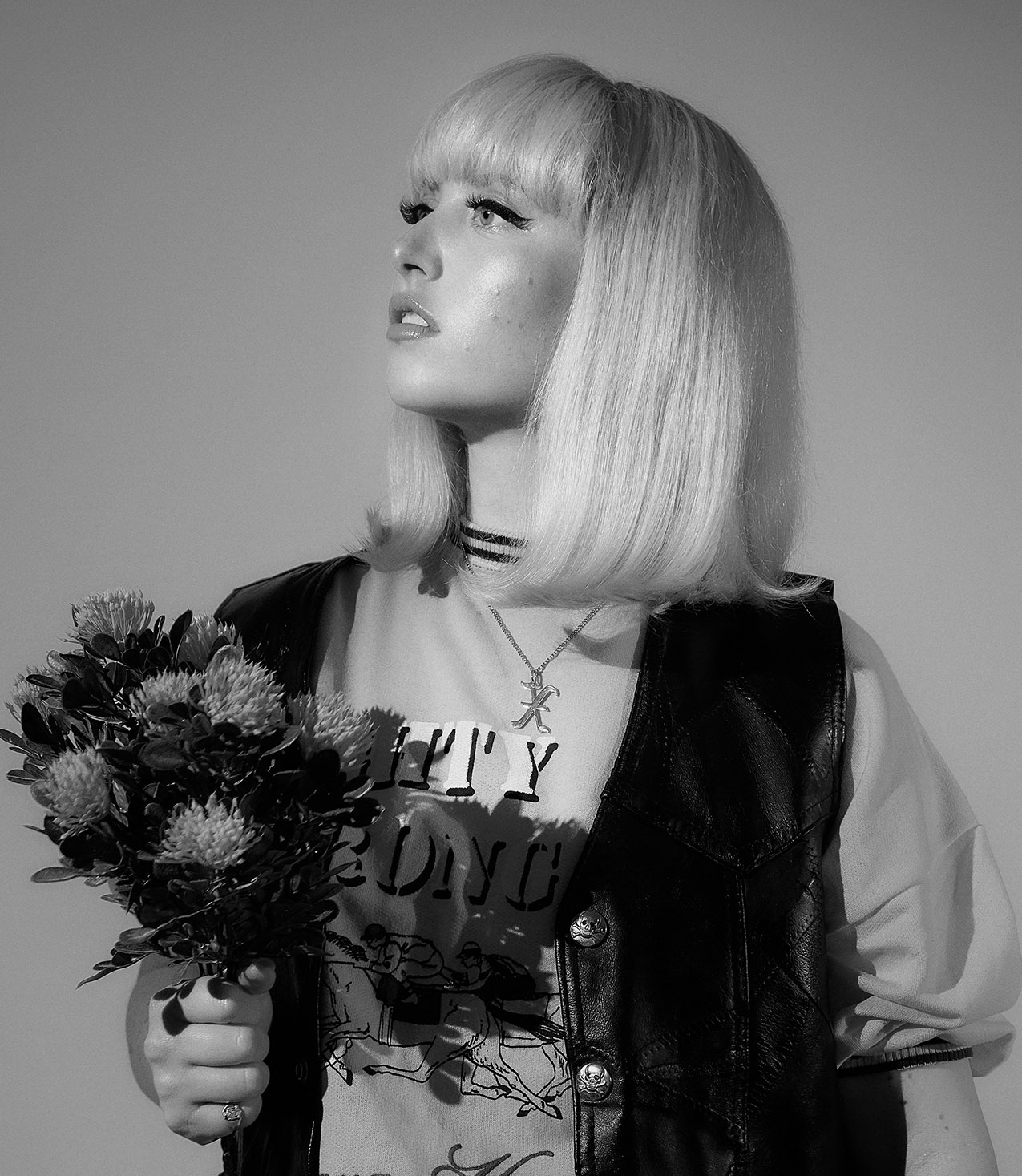 Phebe Starr is a Valla Beach local now living and working in LA – Join us for this very special, intimate show in her home town.

Tickets $15 presale at the cafe.

Phebe Starr is an Electro/Pop artist with comparisons to Lykki Li, Florence & The Machine, and fellow Aussie Sia, Phebe’s unique style of music has begun to make waves in the music scene. Starr got her start from Australian tastemaker radio station triple j. Her debut single ‘Alone With You’ hit national airwaves and traveled through cyberspace, appearing on blogs for Neon Gold, Interview Magazine, Perez Hilton, Vogue and Harper’s Bazaar.

You may have heard one of her songs on your favourite TV show, they tend to find their way into the climatic cinematic moments that define those unspeakable truths we all look to art to explain.

Phebe Starr is an exceptional songwriter, back from a recent stint in the US where she has been writing for other artists and finishing her first album. Influenced by Carol king, kate bush, lana del ray and Joni Mitchell. Phebe is just about to drop the first single of her Debut album which has only taken a lifetime to write and is joining us in an intimate setting to share what she has been working on.

What our customers say

Cat Ann
00:32 28 Jan 20
Just visiting the area a friend brought me here, she comes her often. Blown away buy the food, coffee and service. Reasonably price and cute atmosphere. Just off the highway 😍😁

Nick Warne
20:01 21 Jan 20
Nourish is the heartbeat of Valla Beach. Renovated in 2019, it now adds wine and craft beer to its excellent food and coffee. Friendly service. Pick up some organic veggies, free range eggs and the like, and avoid the Woolies trip! Dog friendly and less than a kilometre from the beach.

Sharon callon-butler
02:10 02 Jan 20
Fanbloodytastic the corn fritters are the best in the world

Louella Bollard
00:05 30 Dec 19
Best croissant sambo my partner and I have ever had! Incredible. And the staff are lovely :)

michele parker
22:51 22 Sep 19
A great find in the tiny village of Valla. Good coffee. Freshly baked goods on site. Locally sourced and organic produce used where possible. The grocery section is small but impressive with locally sourced fruit and vegetables and meat and organic pantry items. Bring your own bag and forage!!! Great ambience with outdoor seating

Rebecca Penridge
05:30 07 Sep 19
Worth the visit, beautiful spot and even better food and drinks

James Arvanitakis
03:17 25 Mar 19
Stopped on the way home from Sydney and this place is a find! Steak sandwich was excellent - traditional with beetroot and no fat - while the grilled fish was perfectly cooked including fresh herbs and salad. Nice atmosphere on the headland. Staff are super friendly and just loved it! I know we live 5 hours away, but would definitely come back!

Selina Hays
23:58 26 Feb 19
Great place for a road trip breakfast, great service, amazing food and a gorgeous view! Even visited by two kookaburras while we ate.

Jess Bernard
05:53 28 Jan 19
So disappointed in our lunch today. Batter on the fish was way too thick you couldn’t even eat it. Chips were soggy. Two different types of crumbed chicken on the burger and it was so dry it was barely edible. Waste of $40.

Christopher Pearson
07:08 01 Oct 18
Great venue for a coffee but deserts are all too dear for regular customers. Outdoor seating caters for both individual and small groups. They act as a hub for Valla beach as a chemist,butcher all share the same complex. Community notice board keeps you up to date locally. Adequate parking as area around the back complements the street parking.

Jules Parker
05:11 02 Mar 18
Strong coffee! Husband had big brekky - filled him up! I built my own with sides, easy with food allergies. Parking round the back suitable for trailers. Would recommend.

Zak Henderson
20:27 05 Jan 18
10/10 you won't find a better café in Valla! Beautiful food, perfect coffee, calming views and friendly staff. We got the veg burger, fish and chips and couldn't believe the value we were getting. It's rare to find a café that takes such great care and time to prepare healthy and delicious meals. Thank you team at Headland Café 🤗

nessiforpeace
06:20 15 Nov 17
This is one of my favorite places to treat myself and my family. Friendly staff and delicious healthy food. We love it.
Next Reviews